Pick Up Location: Hope Lutheran Church.
​On the corner of 466 & Morse Blvd.
250 Avenida Los Angelos
The Villages, FL 32162
(Please Park On the Side Closest to Morse) 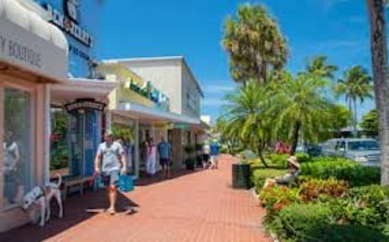 St. Armands Key is an island in Sarasota Bay off the west coast of Florida. It is part of the city of Sarasota. The island is connected to the mainland by the John Ringling Causeway.

In 1893, Charles St. Amand, A Frenchman and first resident of the island, purchased for $21.71 three tracts of land totaling 131.89 acres. He homesteaded the land, fishing in the waters of the Gulf and Bay, and, along with other early pioneers, raised produce which he brought by boat to the market at City Pier in Sarasota. In later land deeds, his name was misspelled “St. Armand” and this spelling has persisted to the present day.

Today, more than 130 stores on St. Armands Circle pamper customers from all areas of the United States and many foreign countries, but in the early 1900s, the key was just a mangrove island too far from the small fishing village of Sarasota to attract much attention.  Nestled between the sparkling waters of Sarasota Bay in the Gulf of Mexico,  it is truly unique in concept, history and ambiance 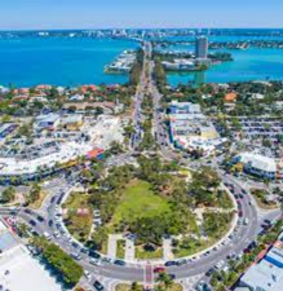